Ireland is honoured to hold the Presidency of the Committee of Ministers of the Council of Europe once again. While a lot has changed since Ireland’s most recent Presidency in 1999-2000, our commitment to human rights remains as firm as ever. A central pillar of Ireland’s foreign policy, it underpins our global engagement. In Strasbourg, Geneva, Brussels and New York, we are proud to raise our voice to champion human rights concerns,defend the multilateral system and hold to account those responsible for human rights violations.

The Russian Federation’s aggression against Ukraine has brought the founding principle of the Council of Europe into sharp relief; “that the pursuit of peace based upon justice and international cooperation is vital for the preservation of human society and civilisation”. It is clear that the work of the Council of Europe, based on the promotion and protection of human rights, democracy and the rule of law, is more vital than ever.

As one of the ten founding members, Ireland has not forgotten the key role that membership of the Council of Europe played in shaping our own path in European cooperation. Our participation in the negotiations in London that culminated in the Council of Europe Statute in 1949 represented crucial early engagement with the foundations of postwar cooperation. A relatively poor and geographically peripheral young nation, Ireland entered as an equal to discussions on the future of the European continent.

This year will see Ireland hold both the Presidency of the Council of Europe and a seat on the UN Security Council, while also preparing to mark our 50th anniversary as an EU member state on 1 January 2023. As a small country, Ireland depends on the international rules-based order and the multilateral system. The Council of Europe, the EU and the UN sit at the heart of that system, and therefore can be found at the heart of Irish foreign policy.

Across our six-month Presidency term, Ireland will pursue three clear and complementary priorities, with the overarching aim of renewing ‘‘the conscience of Europe’’ in the wake of war on our continent. First, at a time of turmoil, we will reaffirm ‘Our Founding Freedoms’, by refocusing on human rights protection for civilians across Europe, above all through the vital work of the European Court of Human Rights (ECtHR).

Second, we will actively promote participatory democracy and engagement with young people through 'Hear Our Voices’, drawing on our own experience with citizens’ assemblies. Finally, framed within the Irish concept of ‘Fáilte’, we will work to foster a Europe of welcome, inclusion, and diversity.

"We are proud to raise our voice to champion human rights issues of concern, defend the multilateral system and to work to hold accountable those responsible for human rights violations."

Ireland will back these priorities through clear financial commitments. Our increased voluntary contributions will support the ongoing work of the Court in times of turbulence following the cessation of Russia’s membership and secure existing and diverse areas of work, including the Action Plan for Ukraine, combatting child sexual exploitation and continuing the fight to eliminate all forms of gender-based violence.

Ireland’s founding membership of the Council of Europe and our implementation of the European Convention on Human Rights (ECHR) helped consolidate the rule of law in our young state and served as a bridge for us from isolation to integration. Over the past seven decades, the Council’s fundamental principles of pluralist democracy, respect for human rights and the rule of law have spurred positive change across our state and society, shaping modern Ireland.

Through our Presidency, we hope to aid the Council in protecting and promoting these vital principles at a time when they are most needed, safeguarding them for the decades and generations to come. 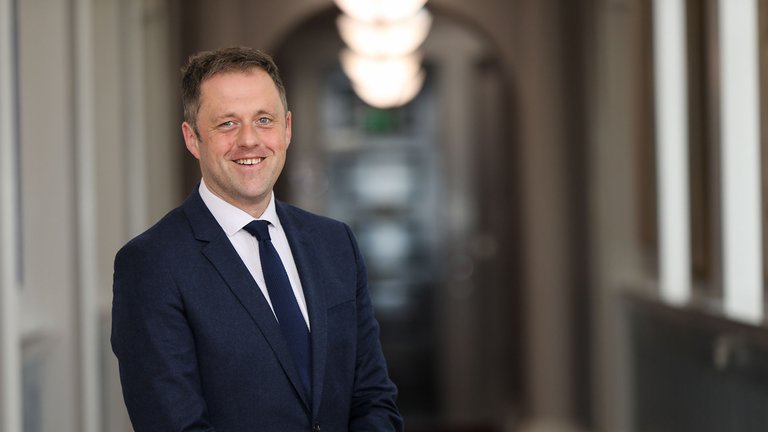 Ireland is proud to be a founding member of the Council of Europe. Our early engagement with the Council set a tone for our still young state to integrate.